HAPPY NEW YEAR!!!  MAY ALL YOUR GAMES BE WINS OR DRAWS.

The above cartoon appeared in Chess Life, January, 2004.

Even lipstick commercials show lipsticks dancing on chess boards! Wow!!!! The effects of The Queen’s Gambit are showing up everywhere you look. 2022 promises to be a great year for chess – an absolute part of our culture.

Charles Roberson and I agree (a miracle in itself), that chess players should be seen. North Carolina Clubs have popped up: in ice cream parlors, bars, coffee shops, pizza places, police stations, and even New Years’ Celebrations. We trust there was a chess set under every tree. From Etsy to Amazon to your corner drug store chess sets were selling.

In keeping this wonderful ball rolling, please let us know how you and/or your club is contributing to the new chess awareness.

I will enthusiastically report innovations in spreading chess – especially as we sing “not to the choir.”

A note about the Senior Championship: the hotel was fabulous, the tournament extremely well run, food was great, ages 50 and up may be too large a spread – certainly for me, whose sons are in their 50’s. Perhaps my serious competing days are officially over – I was mauled and mutilated. Whatever… who knows?

Please note an interesting job opportunity.
I have been contacted by someone looking for a chess coach.
3 year contract, relocation necessary, monthly compensation = $15,500, to start asap.
If you’d like more information, you can contact me: rozbkatz@gmail.com, or call 919.237.2002

This is a brief synopsis of the Carlsen-Nepomniachtchi match, with two of the games and some of my own opinion.

How important is the will to win? If you don’t think you can beat someone no matter how hard you try, don’t you lose some of your motivation and mentally tend to give up?  After losing the marathon 136 move 6th game of the match in the recently concluded World Championship in Dubai to 5-time titleist Magnus Carlsen, which incidentally was the longest game in the history of that event, Ian Nempomniachtchi subsequently collapsed, which I think might be partly attributable to that. I feel that that game broke his will. How else do you account for his subsequent performance, with blunders in 3 of the next 4 games (games number 8, 9 &11) after he had played Carlsen to a standstill during the first 5 games of the match?  The score for games 9 and 11 follow. Complete scores of all of the games can be found at chessgames.com.

Is there anyone on the horizon now who can beat Magnus after this 7.5 to 3.5 point performance to retain his title?  He’s been the champion since his victory over Viswanathan Anand in 2013. This victory earned him $1,200,000.  At least Ian has the $800,000 runner-up’s share of the purse to salve his wounds. Nepomniachtchi was widely criticized for not playing better during the match, but I don’t think that’s completely justified, since as one of Fischer’s opponents said many years ago, Fischer wouldn’t let him. Carlsen just played too well.

In the following game #9 of the match, Nepomniachtchi does make a serious blunder on move 27 allowing his B to be trapped, which cost him the point. 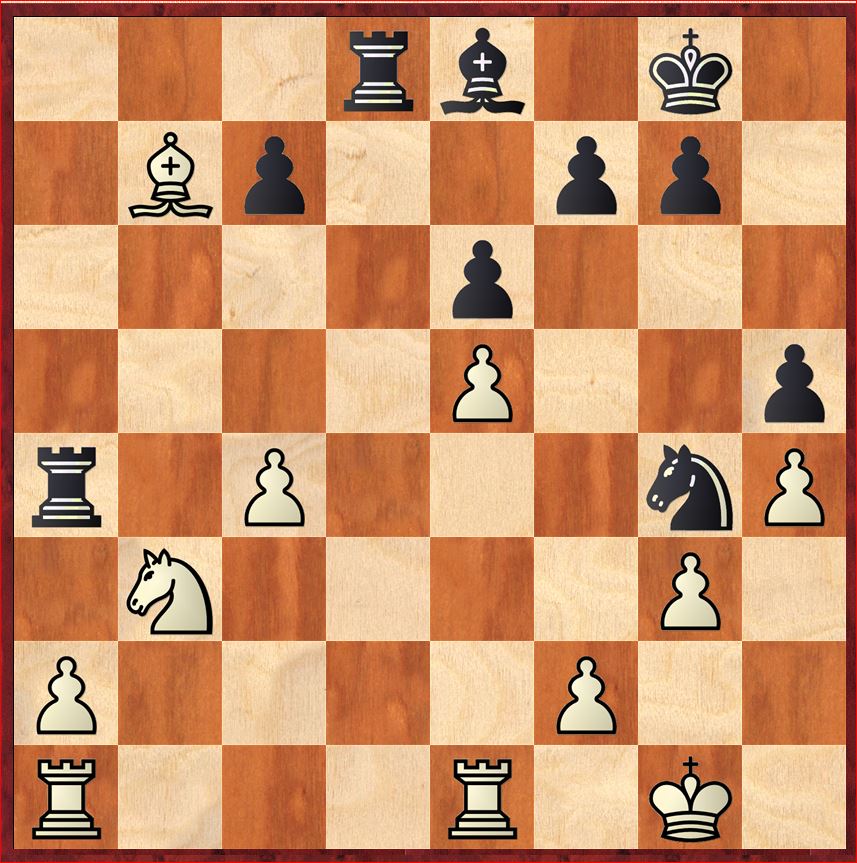 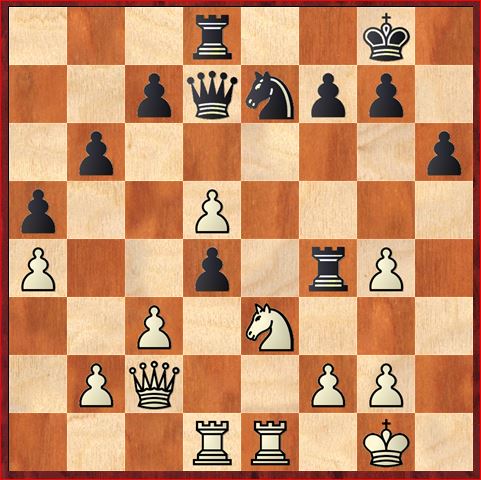 COVID has dominated our lives for almost two years now. In 2020 it destroyed all our over-the-board
(OTB) tournaments and left us getting our chess jones with online play. Ironically, the biggest boon to
chess came in October 2020 with the release of the seven-part Queen’s Gambit on Netflix. It brought a
flood of new players to the game at a time when we could not hold in-person tournaments. Those of us
who organize major tournaments feared that this surge in interest would be suffocated by a lack of
playing opportunities as COVID restrictions fell heavily on the chess community. What could be worse
for the spread of COVID than a large number of people playing face-to-face with strangers from many
other states in a room packed with hundreds of competitors for as much as four to five hours each
round? We figured we would be the last group to be allowed to resume our activities on a normal basis
due to the COVID dangers our sport invited.

The online chess venues, however, absorbed the rush of new players with ease. Did you know that over
62 million households watched the initial run of the Queen’s Gambit? The well-known website Chess.com
gained more than 3 million new accounts in the few weeks after the series finished? Would it be
possible that these new players would be willing to leave their computers (and chess engines) to play
OTB against veteran players? This is what has happened so far in North Carolina: (1) the Charlotte Spring
Classic in April 2020 had 10 new (unrated) players and 3 of them finished with at least an even score; (2)
The Carolinas Classic in June brought an additional 23 unrated players with 11 finishing with at least an
even score; (3) The NC Closed State Championships in October saw 13 more unrated play with 5
managing an even score; (4) Then in November the Big Daddy of NC tournaments, the US Masters/North
Carolina Open brought 20 more unrated players into competition with 10 scoring at least even. None of
these figures counts the new players that showed up for the Saturday Scholastic sections that
accompanies each of these tournaments. Not only did the unrateds hold their own, in a few cases they
finished at or near the top of the section (all required to play in the lowest section). Not only were these
people showing up to play, they were playing well! Many of those who started in the earlier
tournaments came back for the later ones but were no longer counted as unrated.

One of the keys to holding on to new players is to ensure that our playing venues are perceived as safe
from COVID. I have not heard anyone say that they contracted COVID at one of these tournaments,
although that does not preclude the possibility. I believe the chess players have acted responsibly by
adhering to the governmental and tournament restrictions to minimize the potential spread of COVID.
We have not had any problems with people failing to wear their masks or keep socially distant when not
playing. When the players as a group act responsibly, organizers are able to continue to promote and
improve our OTB tournaments.

The new players are pushing our participation numbers to new heights. The North Carolina Open
attracted 250 players, the second-most in this century; that despite the fact that we are still missing
many of our long-time traditional chess tournament attendees. It is understandable that the older
component of our chess community is more reluctant to show up at a venue where the spread of COVID
is a risk not to be taken lightly. Older people are known to be more vulnerable to contracting and
suffering from this virus and as a result, are waiting on the sidelines for more of an “all clear” signal. No
one can blame them for this hesitancy. We can only bring them back, slowly, by proving that we can put
on great tournaments while respecting their health concerns.

We have a great opportunity to keep these new players on board and also get back all our older players
if we continue to respect playing conditions that are sometimes more onerous than some players would
like. There are those who just do not feel comfortable wearing a mask while playing for hours at a time.
It is really too soon to drop our mask requirements as the virus continues to mutate and find easier ways
to spread. Some players may just have to sit it out until they feel comfortable or until we can safely drop
mask mandates. What is keeping us going now and what is helping us expand our chess community is
the diligence of those who are playing OTB to adhere to the regulations. If we can avoid outbreaks to
COVID traced back to tournaments, people will feel safer in making the decision to attend the next
tournament. I want to personally thank all of you who have played and who had been respectful of your
fellow players. Keep up the good work and THIS TOO SHALL PASS!!